The Gavison-Medan Covenant is a comprehensive proposal for resolving disagreements on matters of religion and state in Israel. The Covenant proposes concrete solutions for issues such as the Law of Return, citizenship, and conversion; marriage and divorce; the Sabbath; etc.
The Gavison-Medan Action Group was established with the support of the AVI CHAI Foundation in the summer of 2003, several months after the publication of the Covenant. Its goal is to boost public awareness of the Covenant and to work toward the implementation of its arrangements on both the national and local levels, so as to improve relations between the observant and non-observant. Since the summer of 2005, the Action Group has been affiliated with the Melitz Centers for Jewish-Zionist Education.
The Action Group conducts various activities, such as presenting the Covenant and its advantages to key figures in Israeli politics, the media, and public life. The Action Group cooperates with key organizations that are active in religious-secular relations in Israel.

Vision and goals: A new dynamic in relations between the observant and non-observant.
The vision of the Covenant is to replace the belligerent attitudes that currently dominate relations between the observant and non-observant with an approach based on mutual consent. The Gavison-Medan Action Group is working to realize this vision on a number of axes: legislative, public, local, and educational.

Legislative: Amending current legislation to coincide with the spirit of the Gavison-Medan Covenant
The Covenant proposes concrete solutions in areas such as the Law of Return, citizenship, and conversion; marriage and divorce; and the Sabbath. The implementation of the Covenant should be reflected gradualy in the amendment of existing legislation.

Public: Disseminating the spirit and content of the Covenant

Making the Israeli public familiar with the Covenant as a thoughtful treatment of the issues of religion and state; introducing the Covenant to opinion-makers, and through them, the public at large.

Local: Translating the Covenant to the local level

The goal is the adoption of the dialogue model proposed by the Covenant as a solution for local disagreements as well. This applies especially with regard to the Sabbath, where the local level is relevant for discussion and action.

Educational: Teaching and studying the Covenant

The Gavison-Medan Action Group: The spearhead

The Gavison-Medan Action Group is assisted by a steering committee that helps formulate its actions.

The authors of the Covenant and representatives of the AVI CHAI Foundation have observer status on the Steering Committee (in alphabetical order):

Dr. Avital Darmon, member of the Board of Trustees of the AVI CHAI Foundation

The Gavison-Medan Action Group was established by Gilad Malach, an educator who specializes in religious-secular relations.

Since the summer of 2004, the Action Group has been headed by Yoav Artsieli, an attorney who specializes in matters of religion and state. 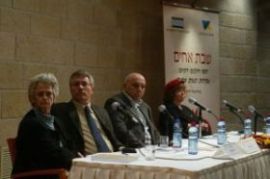 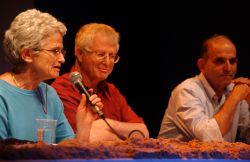